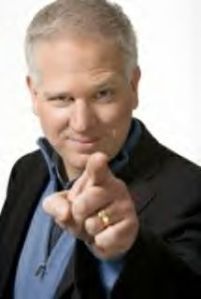 One of my good friends mentioned how moving it was to see thousands of people singing Amazing Grace.  I could tell she was shocked when I responded with caution and skepticism rather than whole-hearted affirmation.

The more I have examined this event the more I am convinced that it is nothing more than an ecumenical, atheological, universalitic form of the often seen idolatry of patriotism.  While some well-intentioned evangelicals may have been involved in this event, Beck presented nothing more than a moralistic, patriotic call to everything but the Biblical gospel.  I heard no mention of the death, burial, and resurrection of Jesus or the call of Christians to love their enemies and sacrifice their preferences for the sake of the 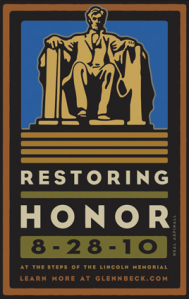 gospel.  It is no surprise that Beck, a self-identified Mormon, would miss the mark on the gospel.

For many undiscerning evangelicals Beck’s morality, Biblical references, and theistic language is enough to convince them He is on God’s team.  Unfortunately, as his Mormon theology and alliance with clerics of various faiths demonstrates Beck is not a believer in the Trinitarian articulation of the Christian God.  One can support Beck’s politics but be very wary when he begins using theistic language about “returning America to God.”  Whose God?

The best and most well-reasoned response I have read is by Dr. Russell Moore.  Everyone should read his measured response (some lengthy excerpts are included below):

Rather than cultivating a Christian vision of justice and the common good (which would have, by necessity, been nuanced enough to put us sometimes at odds with our political allies), we’ve relied on populist God-and-country sloganeering and outrage-generating talking heads.  We’ve tolerated heresy and buffoonery in our leadership as long as with it there is sufficient political “conservatism” and a sufficient commercial venue to sell our books and products.

Mormonism and Mammonism are contrary to the gospel of Jesus Christ.  They offer another Lord Jesus than the One offered in the Scriptures and Christian tradition, and another way to approach him.  An embrace of these tragic new vehicles for the old Gnostic heresy is unloving to our Mormon friends and secularist neighbors, and to the rest of the watching world.  Any “revival” that is possible without the Lord Jesus Christ is a “revival” of a different kind of spirit than the Spirit of Christ (1 John 4:1-3)…

It’s sad to see so many Christians confusing Mormon politics or American nationalism with the gospel of Jesus Christ.  But, don’t get me wrong, I’m not pessimistic.  Jesus will build his church, and he will build it on the gospel.  He doesn’t need American Christianity to do it.  Vibrant, loving, orthodox Christianity will flourish, perhaps among the poor of Haiti or the persecuted of Sudan or the outlawed of China, but it will flourish.

And there will be a new generation, in America and elsewhere, who will be ready for a gospel that is more than just Fox News at prayer.

2 thoughts on “Why is Glenn Beck Restoring (Christian) Honor?”