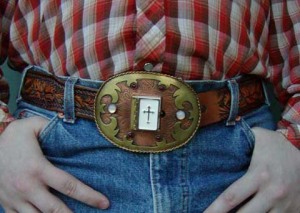 Some time ago I read a post by Larry Hurtado on the fall of Christendom in Western cultures.

In the Western nations where Christendom once was dominant, it is dominant pretty much no more.  I for one don’t grieve this one bit.  I regard “Christendom” as a morally dubious phenomenon that probably did as much harm to the gospel as it ever did any good.  It consisted more in the promotion of institutional power of churches and church officials.  It may have had some effect in shaping professed public morals, and perhaps even some effect on moral practice.  But I don’t like the idea of any religion being able to exercise social coercion, and I think that religious faiths should live or die solely by their ability to commend themselves to the consciences of people…

So, I find pre-Constantinian Christianity much, much more exciting than what comes later, with much more to say to churches, Christians, and non-Christians too in our modern era in which Christianity is essentially one religious option in a religiously plural world.  If Christians want to figure out how to be authentic and particularly Christian while also negotiating their contributions to the wider society, it’s Christians and texts from the first three centuries that provide the best resources.

This is similarly related to a conversation I had with a fellow pastor at our church. He was telling me how he used to want to live in the South, deep in the buckle of the “Religion Belt.” He was commenting on the change in his attitude over the years. He would rather live somewhere that the gospel and Christianity was not culturally assumed. In a non-Christian environment he could share the joy of the Christ without having to disabuse people of their religious idols.

This is a good reminder for me that the decline of Christianity’s social and political impact is an opportunity to elevate the life-changing, life-saving, power of the gospel.